The History Of The Starbucks Logo 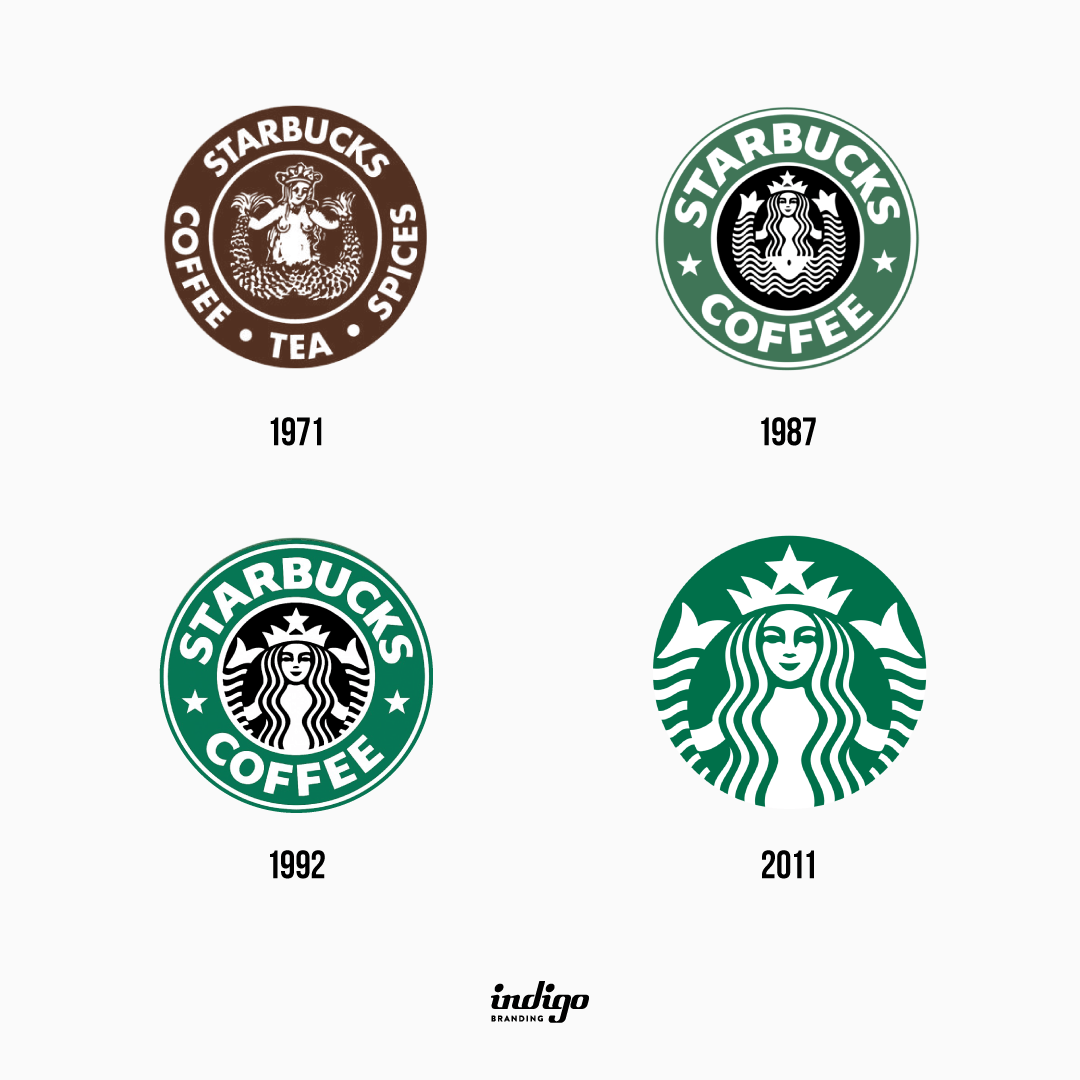 Back in 1971, the legendary two-tailed mermaid was depicted in a brown ring on the Starbucks Coffee, Tea, and Spice logo.

Have you heard of sirens who capture sailors and make them go crazy with love?

That’s how Starbucks had to attract and retain customers.

From 1987 the logo turned green. The color symbolized the new beginning and blossom of the brand.

The two side stars were added to the logo, which was later easily associated with the company name.

The image of the mermaid was enlarged and appeared in the center of attention.

On the occasion of the 40th anniversary of the company, they decided to apply for rebranding. In 2011, almost everything on the logo changed: the eyes, the nose, the position of the face, the hair. The features became more expressive.

Ten years later, the Starbucks mermaid is still smiling with the same smile, attracting customers with her beautiful hair.